Yesterday was Earth Day. I did not join the #marchforscience. Instead, I was finishing the modifications to my bike trailer.

This is a Burley Nomad trailer with 2 50 watt solar panels mounted on top. This feeds into an MPPT charge controller, that charges a 52V LiPO battery. 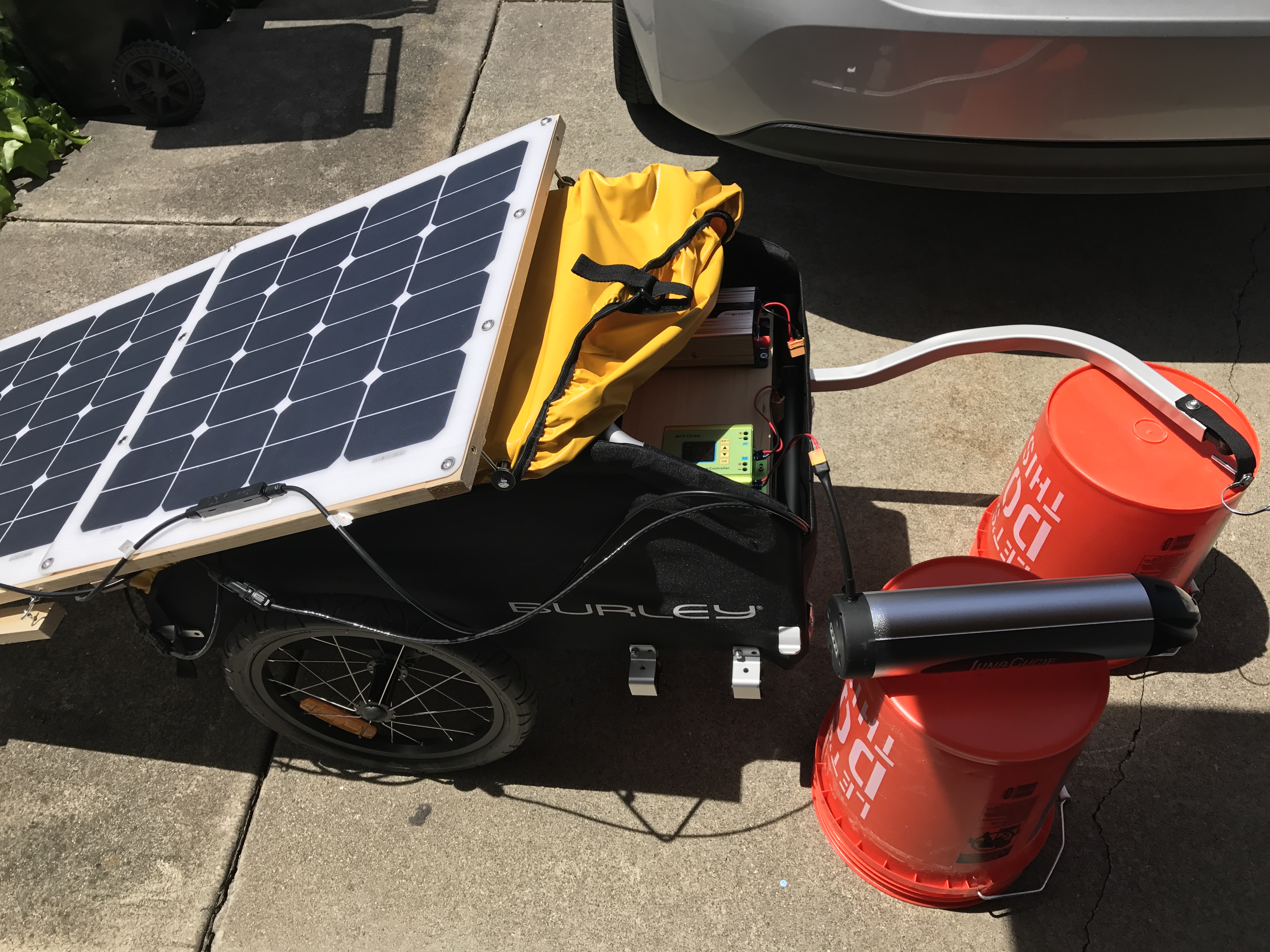 This is an image of the front of the trailer charging my bike battery. Normally, the battery would be undernearth the charge controller, but it’s sitting on a bucket for imaging purposes.

I’m going to later plug a buck converter (dc to dc, downshifter) into the battery so that I can interface with a standard 12V power inverter and charge other battery-powered devices (such as my computer!).

This is far from even close to economically worth it. Not including the bike battery, this cost approximately $700 ($200 for the panels, $300 for the overpriced trailer, another $200 for other electronics). At residential rates in CA (Excel document), it costs between $0.10 and $0.07 per charge for my particular bike battery (0.6 KWh battery). At best, it’ll be 7000 charge cycles before I recoup the cost. At the rate I recharge my bike battery (roughly once a week), this’ll take 134 years to break even. Which means it won’t.

However, it has been (and continues to be) a really fun project, which is all I really wanted.

Next weekend, I have plans to go bike camping with this setup, to actually test it in the field.